After the remarkable developments of the past two years and following a year of heated domestic debate on issues such as foreign influence, energy and immigration, the 2018 Lowy Institute Poll has observed both continuities and discontinuities in Australian public opinion.

In 2018, 59% of Australians (up five points) say ‘global warming is a serious and pressing problem’ about which ‘we should begin taking steps now even if this involves significant costs’. Almost all Australians (84%, up three points) say ‘the government should focus on renewables, even if this means we may need to invest more in infrastructure to make the system more reliable’. Only 14% say ‘the government should focus on traditional energy sources such as coal and gas, even if this means the environment may suffer to some extent’. 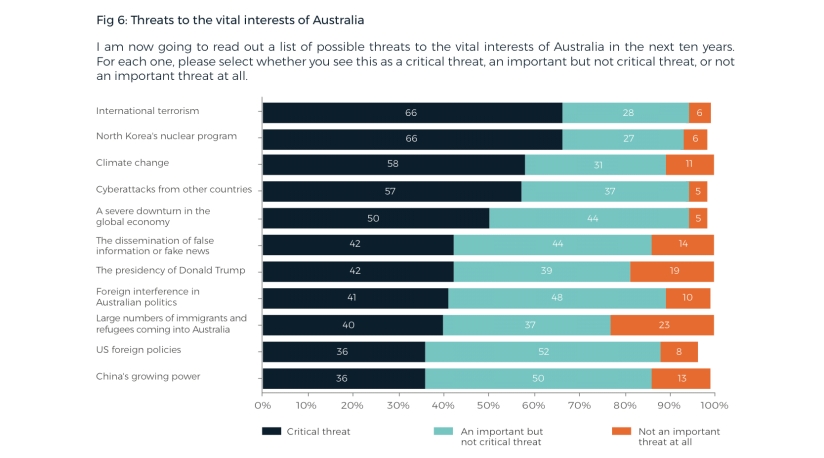